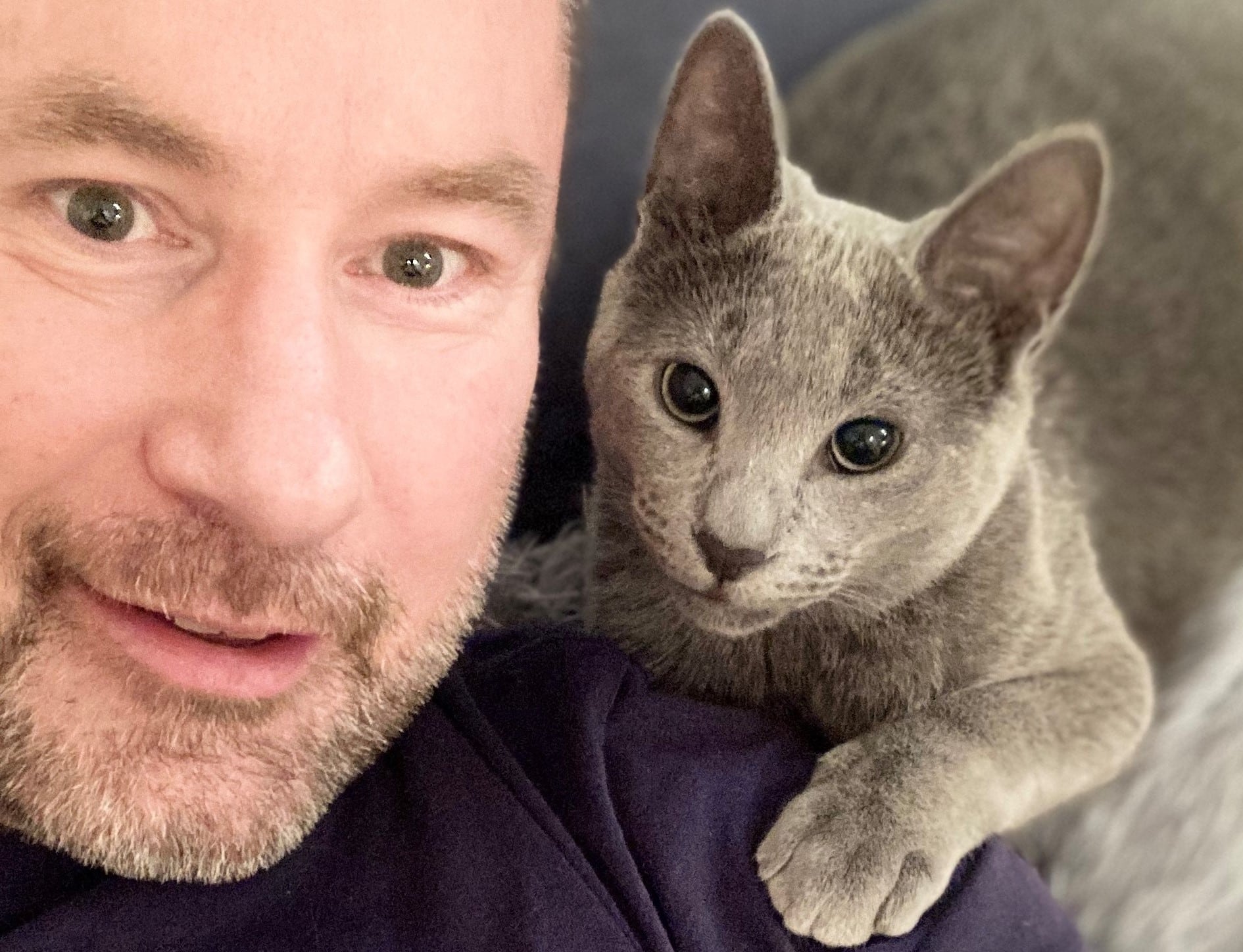 Steve is a Russian Blue Cat whose trademark is his urge to explore and discover new things. When his cat dad Richard opens any door, whether it’s a door to another room or a cupboard, he can count on Steve to come investigate its contents.

Until one recent day, when Steve suddenly stopped eating, playing or wanting to leave his cat bed.

Steve was only seven months old. And given his usual happy, healthy disposition, Richard immediately took him to the vet. Because, as he says, “In life, you look after what’s most important to you.” And Steve is like a friend or a son to him.

This is Steve the Russian Blue cat’s story of trial, tribulation and survival:

Russian Blue Cats are known for being sensitive to their people’s emotions (even Wikipedia says so!). They make intelligent and serene companion animals. Richard says he first fell in love with the breed a decade or so ago when living in London.

At the time, he had two Russian Blues. But due to lifestyle changes that required lots of travel, he decided to rehome them. A hop, skip and a jump later, after leaving London, living in Switzerland, and settling in Auckland, Richard was finally ready for a new pet. This is where Steve’s story begins.

Steve was bred in Wellington by one of just a few breeders of Russian Blue cats. Richard flew from Auckland to see the litter, sitting in the corner of the room and waiting to see which one would come to say hello.

Steve popped out from the litter and came over to greet Richard, then hopped onto his lap and stayed there. The choice was made! This kitten would be Richard’s new Russian Blue (although at the time his name wasn’t Steve).

Three of the kittens went to homes in Auckland, and Richard collected all three from the airport. Richard says delivering Steve’s two sisters to their respective families is one of the loveliest jobs he’s ever had. (One of the new owners was a little girl whose new kitten was a surprise gift from mum and dad)!

Then it was time for this little Russian Blue cat to go home. You might think he’d be stressed given he’d separated from mum cat, flown on a plane, said good-bye to his sisters forever, and arrived in a new house. But Steve was far from it. He was as tranquil and happy in his new home with his furever dad as if he’d been anticipating it. What an ameowzing cat!

Russian Blue cats are one of the few purebred cats that aren’t prone to particular health issues. But one day Steve woke up and wasn’t his usual self. At first, the problem was a mystery to the vet. He wasn’t eating or playing. But a few days later Richard noticed him limping.

The vet gave Steve some anti-inflammatories and hey presto, he was right as rain! Everything was fine, and whatever injury Steve had healed well and good. However, vets later discovered this wasn’t an injury at all, but connected to something more dire.

Fast forward, and Steve is seven months old. He’s developed a happy routine: each morning he jumps into bed with Richard and curls up contentedly. He’s always exploring and is a sweet friend that loves spending time with his dad.

So when he suddenly broke his usual routine, Richard knew something was wrong. This time, the vet couldn’t solve the mystery. He conducted blood tests and urinary tests. They ruled out feline leukemia virus and feline immunodeficiency virus (read about these in cat health care milestones).

Steve was subjected to days of tests and nights at vet hospital. Nearly a week later and he still wasn’t eating. Richard tried bringing his food to where he was firmly planted, in his soft cat bed, but to no avail. “I felt upset,” says Richard, “I was doing everything I could and yet I couldn’t help him, and his condition was worsening.”

Richard worried that Steve wasn’t eating. There was no way to get the energy he needed to overcome whatever illness or ailment was burdening him. He resolved to have Steve stay at the animal hospital so they could care for him properly. And hopefully diagnose whatever the problem was.

After days of tests, and nights away from home, this brave Russian Blue cat was finally diagnosed. The vet called to say Steve growled when she inspected his joints. She had made a diagnosis – Steve had immune-mediated polyarthritis, which is similar to rheumatoid arthritis in humans.

Immune-mediated polyarthritis is rare in cats. And, given that Russian Blue cats aren’t a breed prone to illness, no one had made the connection between this and Steve’s earlier issues. Especially because those had seemed like injuries.

Immune-mediated polyarthritis makes joints get inflamed and sore, causing fevers and making movement difficult and painful. An accurate diagnosis meant the correct treatment. After a single steroid injection, Steve was like a new man…ahem…cat!

This valiant Russian Blue cat is now on an oral course of steroids to help full recovery. He’s back to his usual self – even coming to say hi during Richard’s video call with us folks at PD Insurance.

Pet insurance for a soft landing

Richard adds that the significant financial outlay for repeat visits to the vet and animal hospital could have been really crippling (nearly $4,000). He adds, “Just knowing Steve’s covered and that I have the support of a really good insurance company took the stress out of the situation.”

Richard explains that he never wanted to be in a situation where he had to weigh up the costs with Steve’s health if he needed expensive tests done.

He says, “When you’re with PD Insurance you never have to worry about that. Because you know you only have to pay so much, and they’ll take care of the rest. And they’ll do it quickly.”

“The experience I’ve had with PD has been superb. I’ve never had such a good experience dealing with any insurance company in my life, it’s just been incredible. The claim is always dealt with incredibly quickly. The level of support, professionalism and friendliness has been really outstanding.”

PD Insurance was happy to help give this curious Russian Blue cat named Steve a soft landing. Our pet insurance is always there to lend a helping paw.

Do you have a soft landing ready for your puss? We’re currently offering 8 weeks of free kitten insurance for cats aged 6-30 weeks, with a $1,000 benefit limit and no excess to pay or lock-in contract. Have an older cat? We’re offering one month of free cat insurance if you buy a member pawlicy online.

Why not give us a try… Get a quick quote now.

Fleas and ticks might be preparing a hostile takeover now it’s spring, but hold the line for your pet’s sake! Here’s why and how: https://www.pdinsurance.co.nz/blogs/flea-treatment-in-nz-and-ticks-too/#fleatreatment #spring ... See MoreSee Less 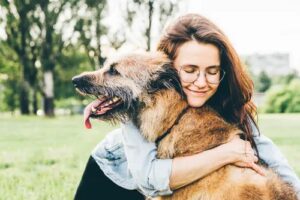