Your dogs bladder is out of whack?​​​​​​​​​​​​​​​​There may be a medical explanation for why your house trained dog suddenly had an accident inside. Excessive urination and excessive drinking are symptoms of kidney failure diabetes and liver diseases. For instance, if your pet is dehydrated, their kidneys won't be able to retain water, so they will urinate more frequently. ... See MoreSee Less 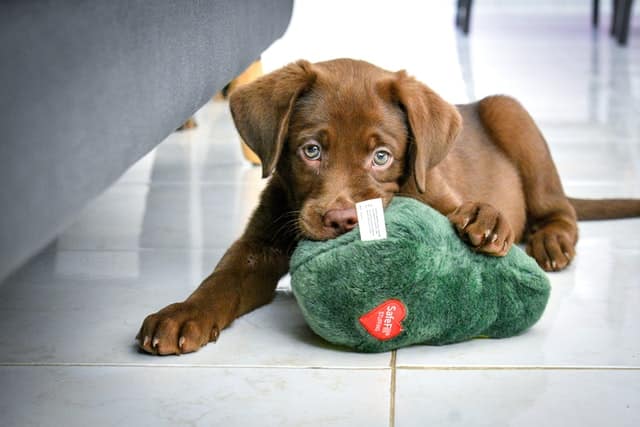 Why You Should Register Your Dog

In recognition of Take Your Dog To Work Day on 24 June, we’re sharing 10 new dog breeds you wish you could bring to the office. This year the internationally celebrated day falls on our inaugural Matariki Day public holiday, so perhaps take your dog to work on the Monday instead.

Or why not extend it and celebrate Take Your Dog To Work Day all next week!

Remember to read our tips for taking your dog to work before you and Fido rock up at the office – you want to make it a great experience for you, your dog, AND your colleagues.

Imagine the office banter if you were to bring one of these furtabulous pooches to the water cooler?

Fun fact: All the breeds listed below are recognised by the American Kennel Club (AKC). And that’s no small feat. The AKC has a very rigorous vetting process. They have incredibly strict eligibility requirements for new dog breeds to be recognised and added to the list of recognised purebred dogs.

Now, without any more distractions, here’s 10 of the newest dog breeds that’ve been officially introduced into the world of furry companions.

No.1 on the new dog breeds list: the Barbet

One of the newest dog breeds to be added to the registry is the Barbet, close relative to the Poodle and the Briar.

When you look at these adorable dogs, it’s hard to be sure if it’s pure coincidence that it’s one letter off being called ‘carpet’. But the name is actually pronounced bar-bay and it comes from the French word “barbe”, which means beard.

All the way from West Africa, the Azawakh

There’s so much interesting history about the Azawakh breed. They’re an older, in fact ancient, breed from West Africa that only very recently got their title as an official breed.

An Azawakh is quite rare to come by and you’d be looking to pay a rather hefty sum if you wanted to become a fur parent to one. But they’re not really built for life as a house pet. They’re more often bred as sighthounds. This means that they’re bred to hunt independently without human help. How cool is that?

If you thought a sighthound Azawakh was cool, well you’re in for a treat. The Dogo Argentino breed was developed for hunting large game!

These dogs are fierce-looking with a strong will. So as you can imagine, they’re not exactly ideal for apartment living. The same goes for their suitability for a first time pet owner. But if you possess the assertive leadership qualities needed to manage these powerful canines you’ll find yourself a loyal and protective family dog.

Like their West African friends above, these dogs haven’t quite found their way around the world just yet so they’re quite rare. Because of this the Dogo Argentino breed’s on the more expensive side, for now.

Unfortunately, many of the Dogo Argentino pictures you’ll see on the internet show them with cropped ears. Dog ear cropping and tail docking is not only a cruel practice, but illegal in New Zealand – so don’t do it!

The American Hairless Terrier – or is it?

Finally, the perfect pooch for allergic pet parents! Although, interestingly enough, even though they were bred to be hairless, you can find them either coated or hairless.

These terriers are a curious and intelligent new dog breed. They’re very friendly and active, meaning they love to play! This makes them a great option for a family pet.

They come from a long line of dogs who were bred especially for the hunting of smaller rodents. And in order to create this special little pooch, the American Hairless Terrier breed descended from a single Rat Terrier, selectively bred for the hairless trait.

These incredibly smart and super sweet doggos hail from the Netherlands. Their intelligence and athleticism mean they absolutely love engaging in activities with the family. Over and above that, they excel in dog sports, especially those in which they have close contact with their owner.

Fun fact of the day, kooiker translates to decoy. And that’s no accident – these dogs were bred to lure ducks to make hunting them easier for humans.

Just take a look at this beautiful face!

That ain’t a puma, it’s a Pumi

Pumis were bred to herd sheep and cattle in Hungary. As you may know from the other breeds in the herding category, they’re intelligent and lively.

If you’re looking to grow your family then look no further. These Hungarian hounds will quickly become attached to their kin. They’re also incredibly protective and affectionate, so they’re the full package.

PS: Looking for the perfect family pet? <—- that article has some options.

Find out everything you’d ever want to know about these adorable pups in this short video:

The not so moody Mudi

This Hungarian breed, pronounced ‘moody’, is descended from a long line of sheepdogs.

These wonderful shaggy dogs are medium-sized and were bred from sheepdogs, and you can imagine that they carry many of their forefather’s traits. That said, they’ve also been known to hunt boars and rats and compete in canine sports.

Just like sheepdogs, the Mudi breed is smart. This means they’re very trainable, but also that they need to be kept busy. This is achieved by ensuring they spend their energy each day through walking or other games or exercises. Let’s just say they’re not for the lazier pet parents.

Nothing slow about the Sloughi

The Sloughi is similar to the Anzawakh mentioned above, but bigger. They’re also from North Africa and are known for being slender, light, elegantly built and very fast.

Despite being rather unknown and classified as a new breed, they’ve been around for 8,000 to 10,000 years! They used to accompany their nomadic owners on desert hunts, and are steadfast companions but slightly aloof around strangers.

The Berber and Bedouin people of Northern Africa valued them highly for their stamina over long distances and amazing hunting skills. They’re excellent trackers and are still popular for their loyalty and beauty.

Ever wondered what is the cutest dog in the world? This may be one of the contenders.

The Russian Toy Terrier, as the name and title suggests, is a new dog breed developed from small English Terriers. This breed caught the eye of Russian aristocrats in the early 1700s, who then popularised them.

These pooches are super duper affectionate! So, if you’re looking for a pooch that’ll give you all of the puppy dog love and affection well then look no further.

But let it be known that this affection doesn’t go further than their family – they’re nervous and reserved with strangers. What’s great is they’re more than their affection; their company is amazing in that they’re a funny breed with quite the attitude.

They were bred to hunt in packs and were known as “the poor man’s hunting dog.” The GBGV has shorter legs than most dogs – this was bred in so hunters who weren’t riding horses could more easily keep up with them when they’re on the trail of wolves or deer.

Last but not least, the Biewer Terrier. This is another small cutie recently added to the list of new purebred lines acknowledged today. The Biewer line shares its heritage with the Yorkshire Terrier, meaning they share a lot of the same personality traits you’ll know and love. The only real difference between the two is their coat colour.

Seen all these new dog breeds and wondering what the right one is for you? Check out our piece on how to choose the right dog breed for you.

No matter the breed, dog insurance has their back

Whatever breed your furball, recognised or not, at PD Insurance our dog insurance plans cover a wide array of furry friends – young and old.

And while dog insurance is there to ensure your pooch can always get the treatment they need, it’s really protecting you and your finances.

In case of emergency medical surgery, treatment or medication, you won’t be worrying about the cost. Instead, you’ll be focused on where the best place is for your furbaby to get the right treatment.